Back in July, I found myself over on the Isle of Lewis for a week, covering a colleague’s summer holidays. The weather forecast looked promising and the nature of the job meant there would likely be far more time spent on the road around Lewis and Harris than in the office. Naturally, that meant I definitely needed to take my little sound recorder. When I’m out in the field for work my job really only has two modes, furiously busy or standing around waiting for things to happen and on those rare latter occasions, I tend to wish for my little sound recorder.

Obviously on days I was working on a piece there was no time to use my little recorder, so there were no recordings from Harris – a shame because had we been less tight for time I could have got some cracking livestock sounds, along with some old school tractor engines, at an agricultural show! However, I also spent a few afternoons out filming library pictures for future use, and while out doing that I certainly had time to take a tea break and make some recordings.

Being a small (ish) island, Lewis is largely a marine environment, you’re never more than 10 miles from the sea. It’s easy to forget that a lot of the time though, other than being pretty flat and rather short of trees you be forgiven for thinking you were on the mainland a lot of the time. At least until the sea heaves back into sight again. Except for the boats everywhere. The way other places have abandoned or ‘under repair’ cars sitting around in driveways and in corners of fields, Lewis has boats. But really it was the variety of different water sounds that I was able to capture that really took me by surprise. My recordings of the waves crashing on the beach and the gentle gurgling of water in the harbour wall were taken approximately 12 feet apart in Port of Ness. It’s been a long time since I recorded properly open water and even then the English Channel is as nothing to the rage of the Atlantic. Especially not when there’s nothing between you and the Faroe Islands in one direction and Canada in another, you really feel on the edge of Europe there.

My recordings on Lewis tended to come in batches, with a few solo exceptions, I mostly seemed to find a promising location and then make a collection of recordings. Half a dozen from the harbour in Port of Ness, three at Stornoway Airport, another couple from the window of my hotel room of the street below.

One thing I noted more than anything else was that it was never actually quiet. Even wandering the Sabbath quiet streets of Stornoway, the moment I switched on my little recorder the true depth of sound quickly revealed itself. The distant rumble of traffic, and trundle of bikes through the woods at Lews Castle, or the drifting hymns and other voices than were obvious even three floors up from my hotel window.

The theme of the week was not, as I expected from my experience in the Shetlands, wind, wind and more wind. (Which is not to say that it wasn’t breezy, I don’t think I’ve ever been so windswept in my life.) Rather it was: ‘and seagulls’. So many of the recordings I made have audio tags that end ‘and seagulls’ that I can sometimes hear either laughter or frustration in my own voice listening back to them. I did eventually just lean into it, and purposefully recorded a seabird colony while visiting the lighthouse at Butt of Lewis. Appropriately enough there are in fact no seagulls in that recording; black-headed gulls certainly – also gannets, shags, fulmars and a possible kittiwake – but no seagulls. 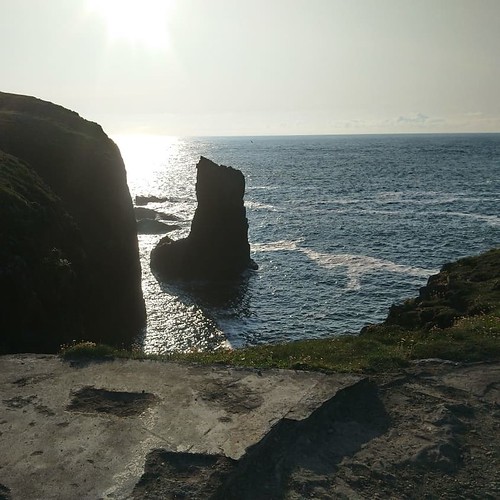