The art gallery portion of Inverness Museum and Art Gallery is currently playing host to the National Galleries of Scotland’s travelling exhibition of both Edwin Landseer’s Monarch of the Glen and Ross Sinclair’s specially commissioned response to it After, After, After…The Monarch of the Glen – Real Life is Dead. Two more different pieces of artwork it would be hard to imagine. 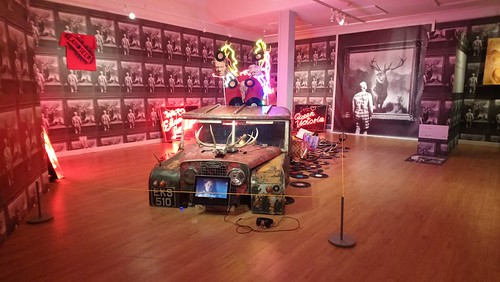 The thing that sticks with me, perhaps the most important thing to take away from the exhibition is that the two pieces have one important thing in common other than the obvious. Both pieces of art are much better in person than, they have a particular presence that causes them to lose something in photographs. The Landseer painting is such a familiar image that its become an almost ubiquitous image of picturesque ‘scotch-ness’, and as such should really have no power at all over anyone who isn’t invested in all the things it has come to represent. Yet, stand in front of it – better yet, stand a little off to the right of it – and there’s something curiously three dimensional about the painting. In the half-lit gallery space, the light and shade of the painting are enhanced and for a moment it seems as if the stag might actually step out of the painting. Away from the bright glare of the usual art gallery setting or the advertising billboard, it becomes just a painting once more, something that it seems possible to project your own meaning onto. 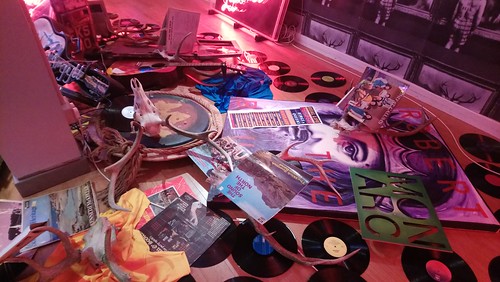 Likewise, Sinclair’s response is a very different beast to stand in front of. Where in photographs, it seems a messy garish sprawl, standing with it in situ, it has a raw and strangely elegant presence. It’s a literal deconstruction of the kind of ‘scotch-ness’ that the Landseer has come to embody. Like a strangely articulate howl of rage and grief or stumbling unexpectedly across some pointedly political graffiti where you’d least expect it. It manages to be both haunting and confrontational, at once questioning and illuminating – both figuratively and literally – the piece that it responds to. Both a demand for remembrance and a indictment of nostalgia. At once both a joy and cringe indeed. 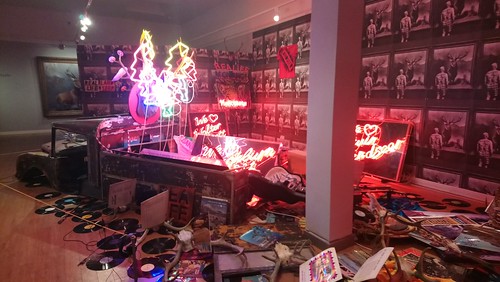 Both pieces will be on display at Inverness Museum and Gallery until 18th November when they will continue on their tour of Scotland.